From Sugar to Genes: Cell Wall Polysaccharides in Grafted and Non-grafted ‘Liberty’ Watermelon with Hollow Heart. 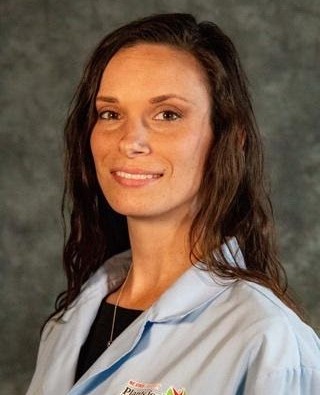 Dr. Marlee Trandel received her doctoral degree from the Department of Horticultural Science at North Carolina State University in Spring 2020, under the direction of Dr. Penelope Perkins-Veazie. We interviewed Dr. Trandel about her PhD project on “Cell Wall Polysaccharides in Grafted and Non-grafted ‘Liberty’ Watermelon with Hollow Heart”.  Watermelons are sometimes grown as a follow up crop to strawberries in North Carolina.

In seedless (triploid) watermelon, hollow heart (HH) is a disorder that has bothered growers for decades. HH is an internal fruit defect that causes a crack which can expand to an open cavity in the fruit, yet it cannot be visually distinguished in the field. HH is rated on a 1 to 5 severity scale, where 1 = no HH, 2 = minor crack and 5 = open cavity (Fig. 1).

Figure 1. Seedless watermelon with hollow heart severity ratings. Hollow heart is rated on a 1 to 5 scale and moderate to severe levels cause load rejection.

The USDA defines shipping standards and regulations for watermelon production based on input from growers and commodity groups. If watermelon markets are highly competitive, or if HH is particularly bad throughout a season, load rejection can happen if between 5-12% of the load has HH at a severity of 3 or higher (Fig. 1). A load can be defined as a semi-truck, which holds 80,000 pounds (40 tons). Load rejection can result in economic losses due to the costs for disposal, return of a load/shipment, and from selling fruit at a deeply discounted price. Assuming a price of $0.20 per pound, load rejection could cost a grower $16,000.

Several factors can cause the onset of HH, including environmental conditions (e.g., rainfall, imbalanced fertilization), poor pollination/lack of viable pollen, and cultivar (genetic) susceptibility. Watermelon cultigens with low fruit firmness also appear to have a higher incidence of HH. And triploid (seedless) watermelons do not produce viable pollen, so diploid (seeded) watermelons are required to make pollen viable. In order to increase viable pollen in seedless watermelon operations, researchers have suggested planting 25-30% of their field with seeded watermelon.

Marlee designed field experiments to study the effects of grafting on HH disorder. ‘Liberty’ is a watermelon cultigen found to be prone to HH, so this cultigen was grafted onto interspecific hybrid squash rootstocks (Fig. 2 A), and HH was induced by limiting the amount of seeded (diploid) plants to decrease available pollen and onset the disorder. Non-grafted Liberty seeds were planted and induced to develop HH as well. At harvest , fruit material was collected to see if grafting would reduce HH incidence (Fig. 2 B). Her research found that grafting reduced HH incidence by 25% compared to fruit from non-grafted plants. The research also indicated that interspecific rootstocks can reduce HH when growing susceptible watermelon cultivars or growing in conditions where pollen/pollination may be hampered. 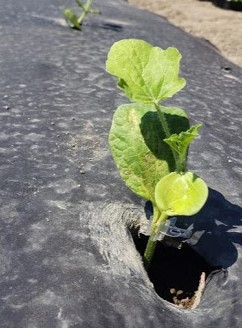 Figure 2. (A) ‘Liberty’ as the susceptible watermelon scion grafted onto interspecific hybrid rootstock and (B) watermelon fruit harvested from both grafted and non-grafted plants

By using ‘Liberty’ and limited pollen, HH was induced in 20% of fruit grafted to the interspecific rootstock and 60% of fruit from non-grafted plants. This allowed sufficient fruit samples with severe HH to perform cell wall research. Following up on the increased tissue firmness in grafted fruit and in those without HH, Marlee explored the role that plant cell wall polysaccharides might play in HH. She explored cell wall architecture differences in grafted vs. non-grafted fruit as well as fruit with no HH vs. severe cases of HH. She did this by quantitatively measuring total pectin and cell wall polysaccharides. Her results indicate that fruit with no HH have an increase in a pectin fraction known to be enriched in important cell wall polysaccharides that aid the integrity and strength of the cell wall. She further assessed the cell wall by looking at 12 sugar building blocks. Her data found variance in 5 important sugars known to build up the cell wall. Although cell wall analysis did not relate to tissue firmness differences, identifying the sugar building blocks is useful in determination of polysaccharide classes. This can potentially provide valuable information for future breeding programs, if certain sugar types or polysaccharide classes are found as indicators for watermelon with lower or higher HH susceptibility.

In Marlee’s opinion, this project clearly demonstrates how a grower and industry problem can be explored with research to find practical solutions and to further advance methods for screening disorders at the genetic level. Understanding how sugars link together in plant cell walls may lead to new screening methods for genes involved in fruit firmness that can be used by watermelon breeders and geneticists.

Dr. Marlee Trandel will continue her research in the postharvest research group at NCSU.