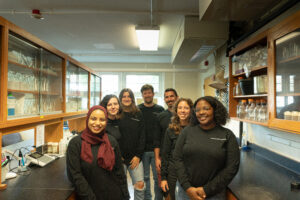 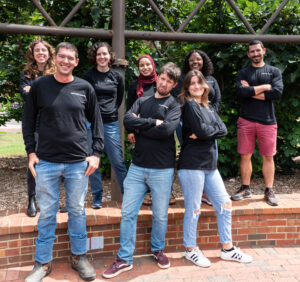 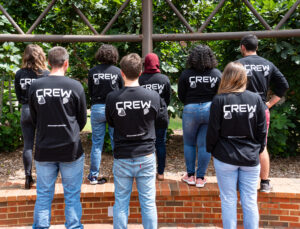 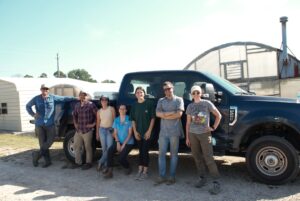 More information on the #veryberrylabNCSU team:

As a German native, Mark was educated in Germany and lived most of his life in Europe, where he also was an active racing cyclist and a musician for more than 20 years. Currently, he learns new languages in his spare time and enjoys trail running, hiking or backpacking.

Emma joined our team in August 2019 as bi-weekly worker and is full-time Research Assistant since November 2020. She has worked as a farm manager on an organic farm in Durham, and has a B.S. in Agriculture from Cornell University, NY and is currently pursuing her Master Thesis at NC State in our program as well. Emma is a Pittsburgh native, but she’s excited to explore and become a part of North Carolina. Throughout her academic career, she dove into subjects such as soil ecology, development sociology, GIS, and sustainable food systems. Her broad range of interests as well as her passion for safe, equitable food systems have led her to grow an interest in extension work. She’s excited to gather more knowledge and gain new skills as a research technician in our program.

Kyle Freedman is a current PhD in Horticultural Science student whose research focuses on studying the effects of controlled environment production on grapevine physiology. Kyle is finishing up his Masters in International Agricultural Development at UC Davis where he evaluated small-scale solar dryers for coffee post harvest processing in Honduras. He is a former project manager with extensive experience coordinating multi million dollar food security and agriculture projects funded by USAID and USDA.

Amanda grew up in Chapel Hill, NC, then attended North Carolina State University for a Bachelors of Science in Horticulture. Amanda came to NC State to study production systems and focus on sustainability. She gained an interest in researching strawberry production after taking the small fruits production course offered by the department. Currently, her research focuses on nitrogen rates in preplant fertilizer and the mechanisms behind freeze damage in strawberry flowers. Her long term career goals include eventually earning a Ph.D. and becoming a researcher and extension agent focusing on production systems.

Austin is a North Carolina native and has decided to focus on restoring his family-owned farm in Zebulon, NC, which was a strawberry producer for several decades. Before he joined NC State, he was working as a greenhouse manager for strawberry production at Sundrop Farms. Austin gathered international experience in Europe and Australia and is very well connected and respected in a growing global controlled environment berry production world. He is an active member of the NC strawberry association, a volunteer firefighter in Zebulon and belongs to the new generation of young, passionate and forward-thinking farmers in North Carolina.